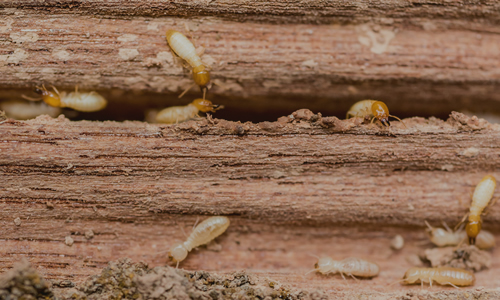 What You Need To Know

What the consumer needs to know about certifications or wood destroying pest and organism reports issued for real estate transactions.

Every year thousands of homes are attacked by termites or other wood destroying pests. Home purchasers need to know if these pests are present before investing their money. Therefore it is wise to have the property inspected by a representative of a licensed pest control company who can detect the presence of wood destroying pests and can provide a report on his findings.

Who orders an inspection?

A pest control firm may be selected by the seller or his agent, lending institution or buyer, depending on the state’s real estate laws or established practice. As a purchaser, you should be advised as to which company is doing the inspection and in some cases as a buyer you can make the selection.

Is the report for termites only?

No. The subterranean termite is the number one wood destroying pest in the United States, hence, its name is often attached to the so-called “termite report”. There are other wood destroying insects, including some other species of termites, that may also be included in the report, such as:

DRYWOOD TERMITES
Usually found in southern and southwestern areas of the country;

DAMPWOOD TERMITES
Found in the pacific northwest and Northern California;

Are these insects found in all houses throughout the U.S.?

The distribution and occurrence of these insects is regional. Subterranean termites are distributed throughout the the United States. However, as described above, drywood and dampwood termites are localized in specific parts of the United States. The beetles can also be a regional problem. A local pest control company or your state university cooperative extension office can tell you about the occurrence and importance of these insects in your region.

What does the inspection entail?

A qualified representative from the licensed pest control company, will perform the inspection. He inspects all visible areas of the structure which are readily accessible to him. If he finds evidence of an infestation he reports these evidences on a specified form. An inspection may include sounding or probing areas where infestations are suspected. The inspector cannot see behind walls, paneling, into voids or cinder block walls or under carpeting. Infestations here may remain undetected.

Does the Termite report guarantee there is no infestation?

No! The report gives the findings of a trained inspector who searched for visual evidence of these pests in the readily accessible areas of the structure. It states that wood destroying pests were or were not found by the inspector in these visible areas. The possibility that an infestation may be hidden inside a wall void or beam is present.

What if evidence of an infestation is found?

The company will recommend and usually propose appropriate treatment to control the pest. For termites, a treatment is usually warranted for a year or longer, meaning if an infestation is found while the warranty is in effect, the company will retreat at no charge to you.

What happens if damage created by these pests is observed?

“Damage” is an alarming term. It may be superficial or quite extensive. Damage is evidence of infestation, but evidence may or may not include damage. Some companies make estimates on the repair of the damage if they feel it is necessary. Most companies do not have the expertise and will recommend a qualified building contractor. However, in California, it is common for companies to make the repairs.

Information contained in this article was provided by the: